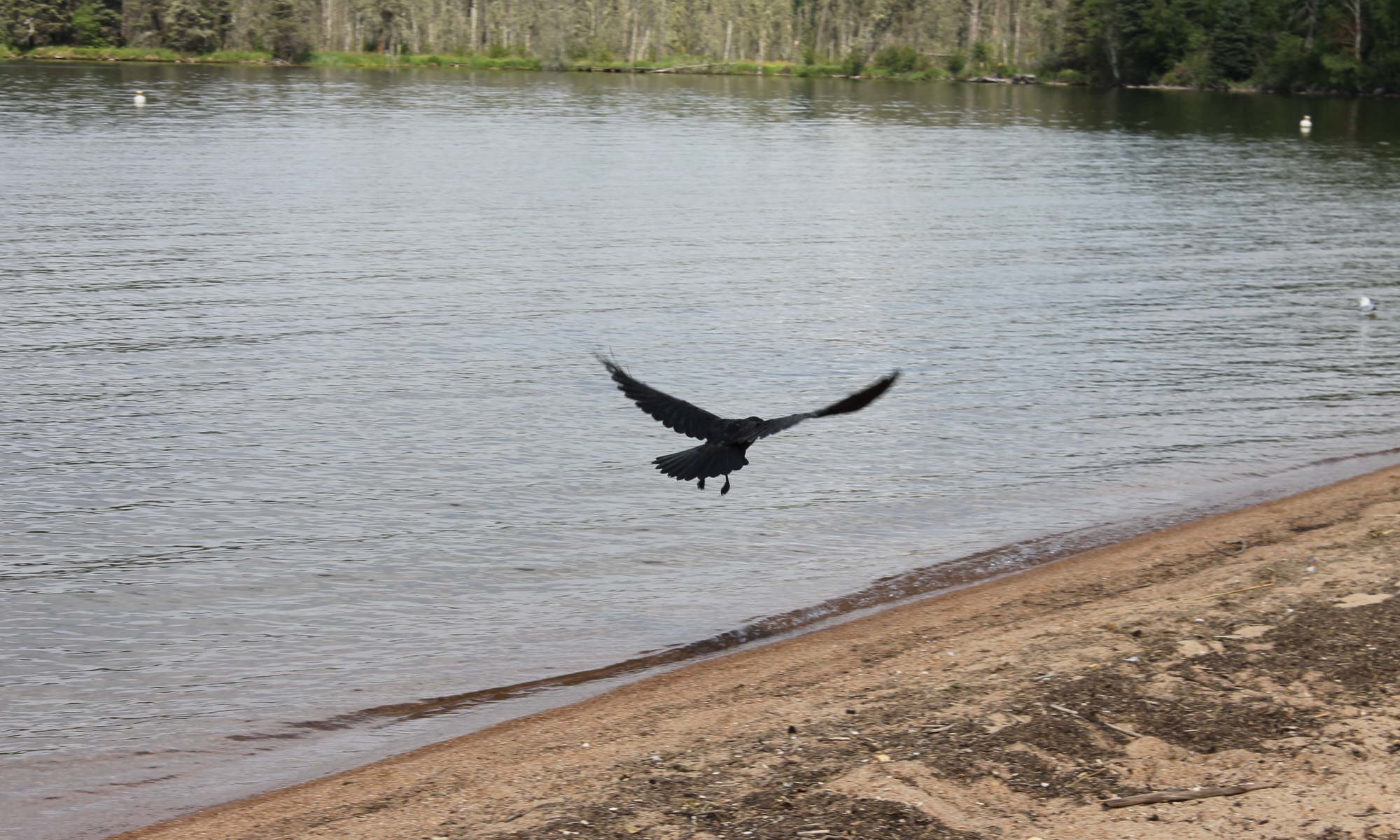 But this didn’t feel like alienation, nor was it loneliness. Everyone who cared enough knew where I was (somewhere in Canada!). I didn’t have any obligations I was avoiding, I didn’t need to know what was happening at my work or anywhere else. I could just exist, completely unknown, in my tiny tent under the unreachable stars, staring into the fire and thinking about what it meant to be small, what it meant to be me, what it meant to be.

We woke up that morning absolutely cooking in the tents. That was the thing about that flat land: the sun stays with you much longer than it seems to in Ontario where it has to crest over the hills and trees. We had to get out of there! It was an early morning and we had access to a proper shower, so we took all our underwear and socks with us and went into the shower – first one of the trip! My flip flops were a nightmare on the shower floor, I was sliding everywhere. And the water would only run for about 30 seconds before you’d have to press the button again, so that was pretty awkward but having clean underwear would keep us ahead of the game, so we coped.

Since it was so hot, we laid out all our dainties on the camp chairs while we made breakfast. Mostly we were eating oatmeal with honey for breakfast. That day I made mine too watery, which made me gag, so my sister finished mine. We did our dishes and left everything to dry in the sun while we charged our devices. Even with all the chores, it was 10:10am when we hit the road.

We made a few stops for gas, snacks, and souvenirs, before arriving at Prince Albert National Park. This was nothing like what you might expect Saskatchewan to look like. Since we were north, it was reminiscent of Ontario. We were elevated and could see lush green rolling hills for ages. The trees were mainly birch but lots of tamarack as well.

We drove around the campground a lot looking for the ideal site. It was difficult to choose because many were beautiful. We’d chosen Namekus Lake Campground and it was ideal. Our site peeked out over a boggy lake. We set up camp and headed back out to do a couple hikes. 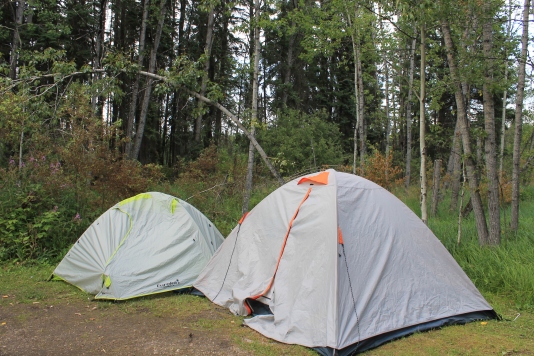 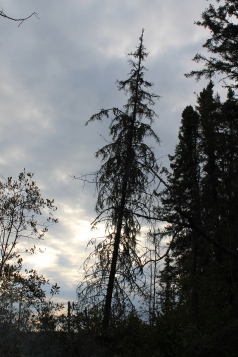 The first hike was Boundary Bog. This was a 2k hike with lots of boardwalk among the tamaracks. They were getting golden by the time we got out there, and they had lichen dripping from their drooped branches. We also saw pitcher plants for the first time, which was really awesome – they are carnivorous. This hike touched upon a beautiful clear lake. The sky, clouded, cast an eerie shade over the distant trees, making the forest seem like something quite otherworldly. Nature does this sometimes. You’ll be immersed in it, enjoying it, and suddenly you’re overcome with the feeling that it knows more than you do, that it holds secrets you’d be foolish to guess at. It caught my breath a little, but it was a moment to try to remember, not capture or even share. 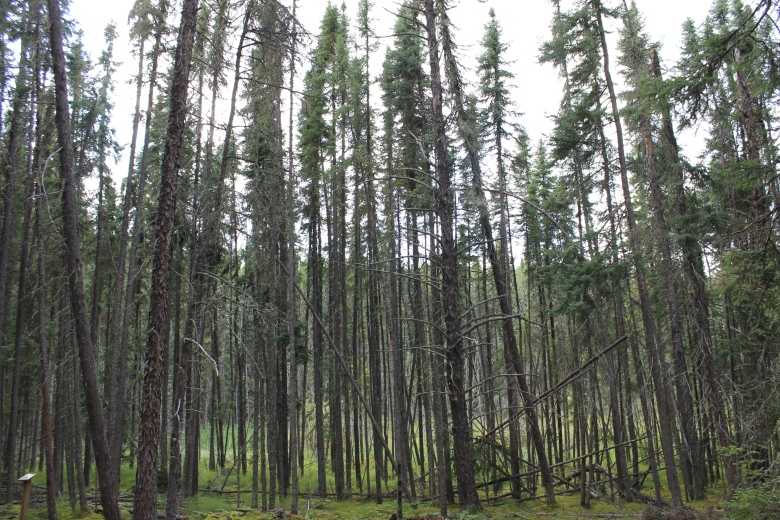 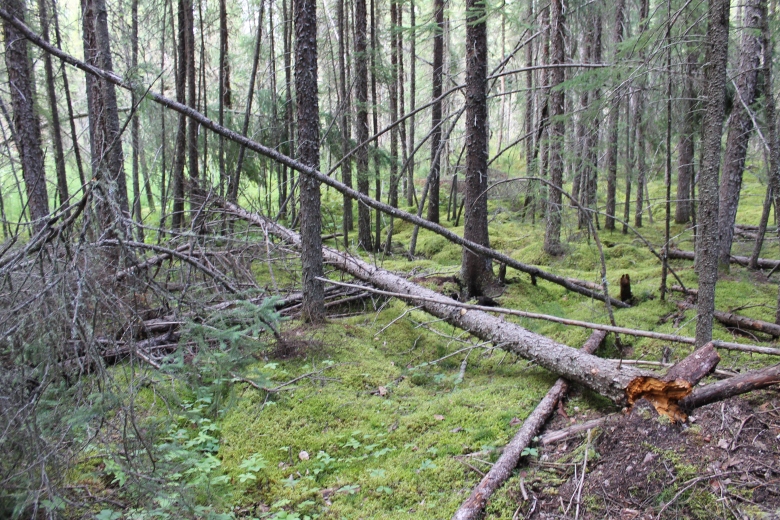 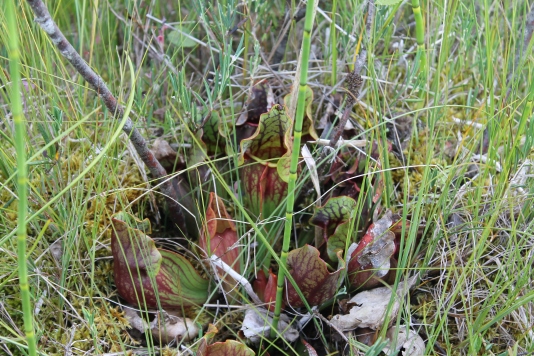 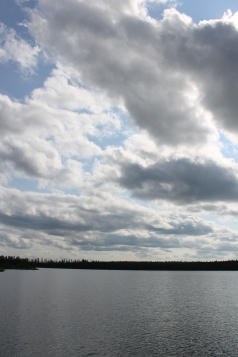 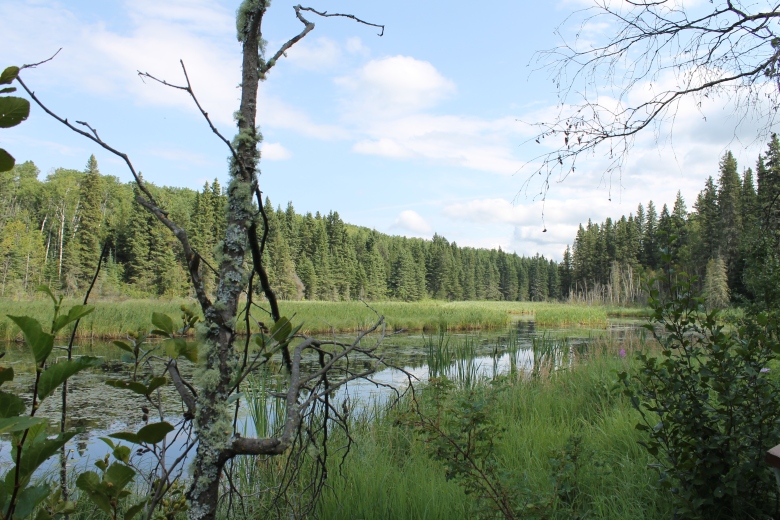 The next was Mud Lake Trail, a 2k with a neat little lookout platform, 2 flights I guess. This was beautiful because there was very little understory, unlike Ontario. Just lush moss growing beneath the pine trees. 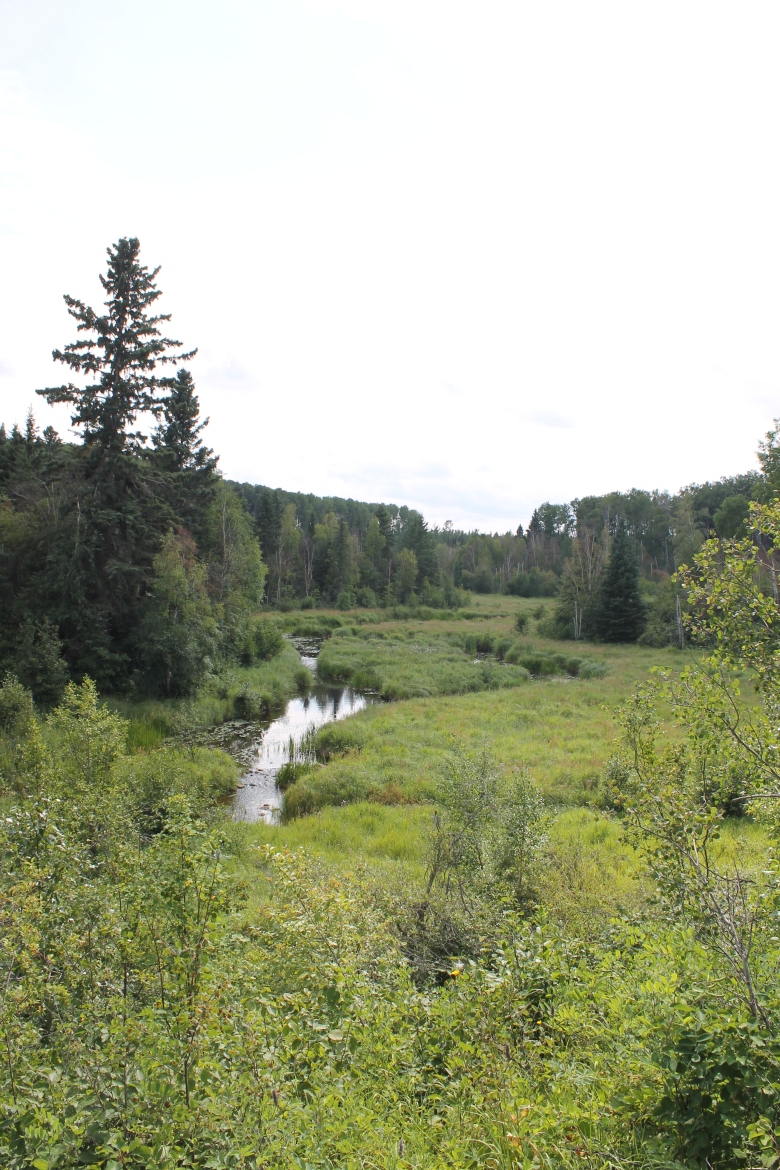 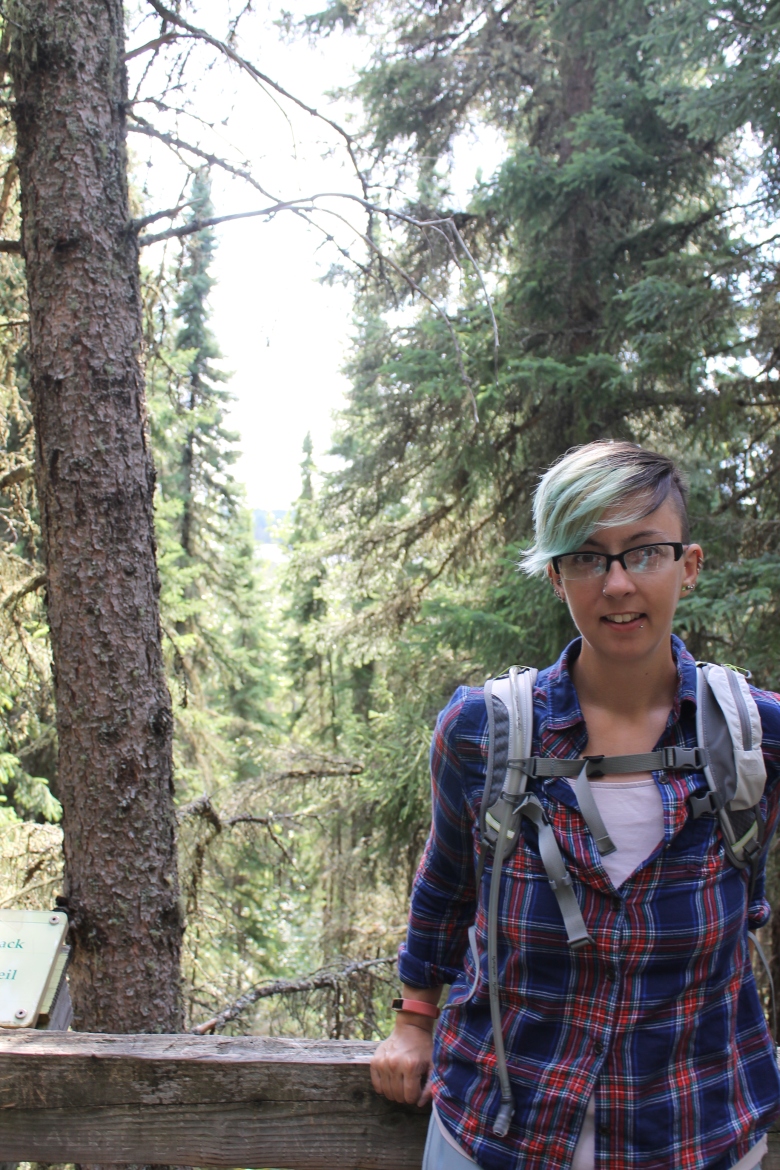 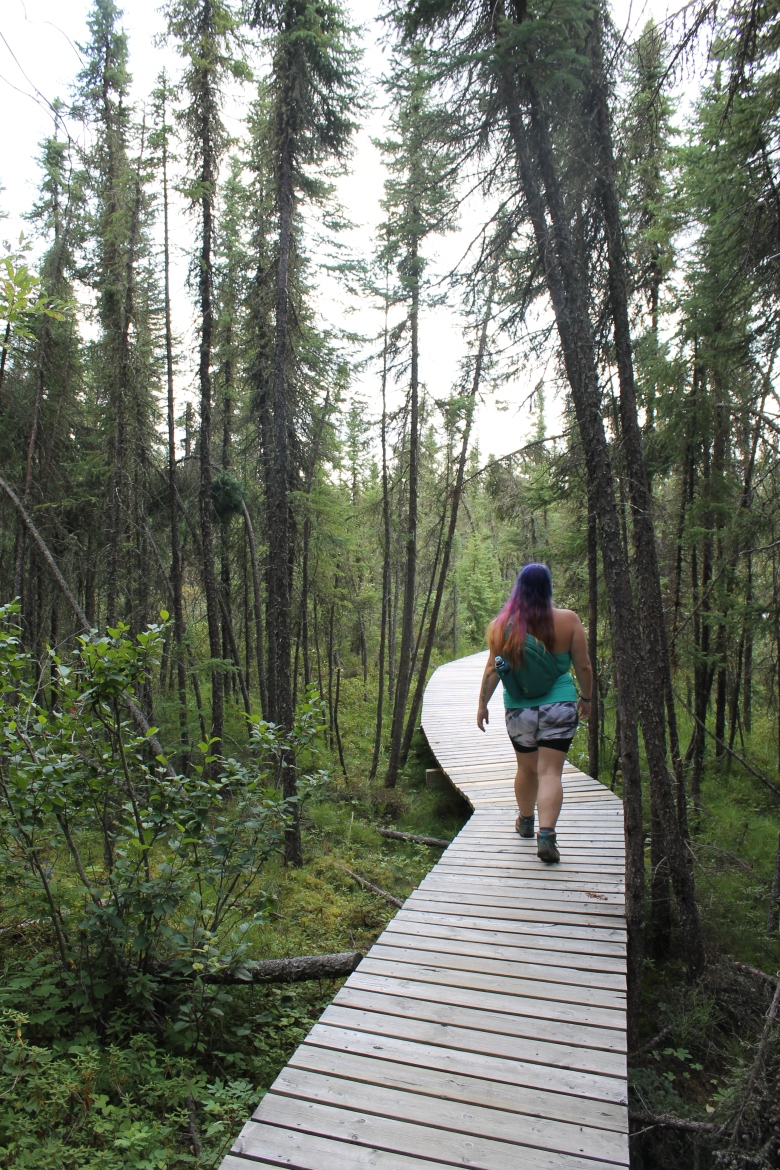 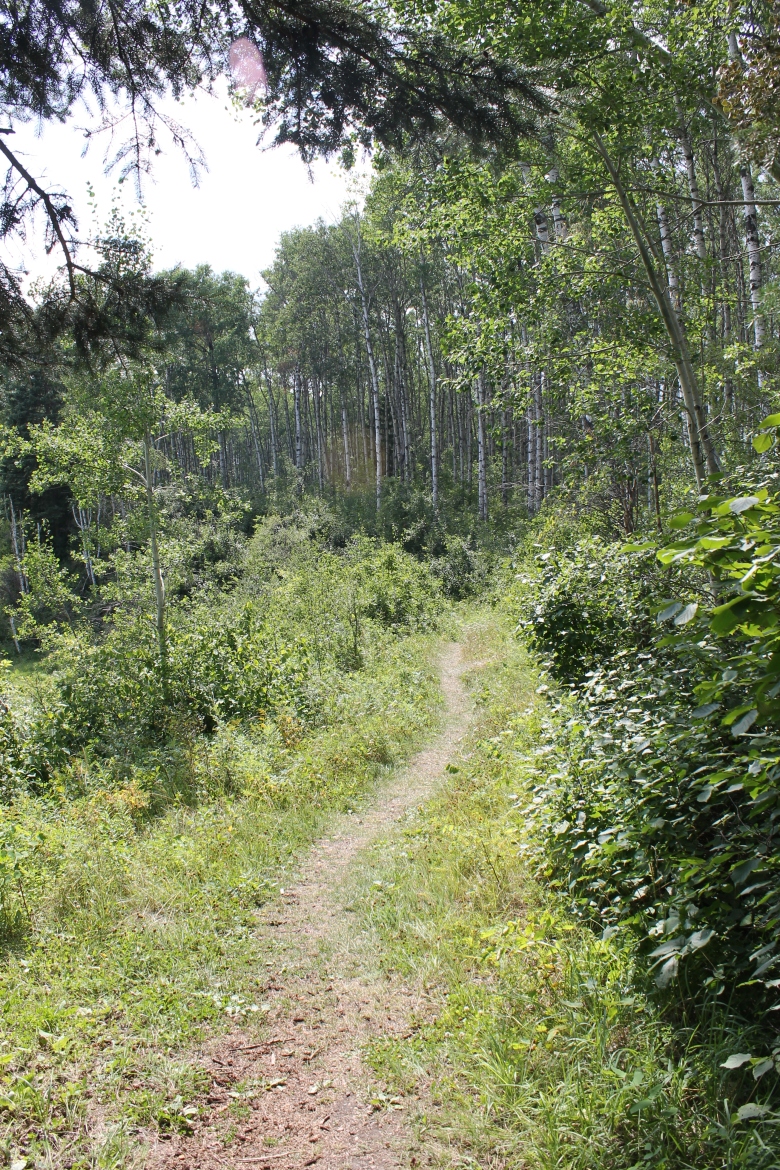 The last stop was a lookout tower. This was pretty busy so we didn’t spend much time up there, but it was quite a hike, especially with our sore bodies after the previous day’s exertion. 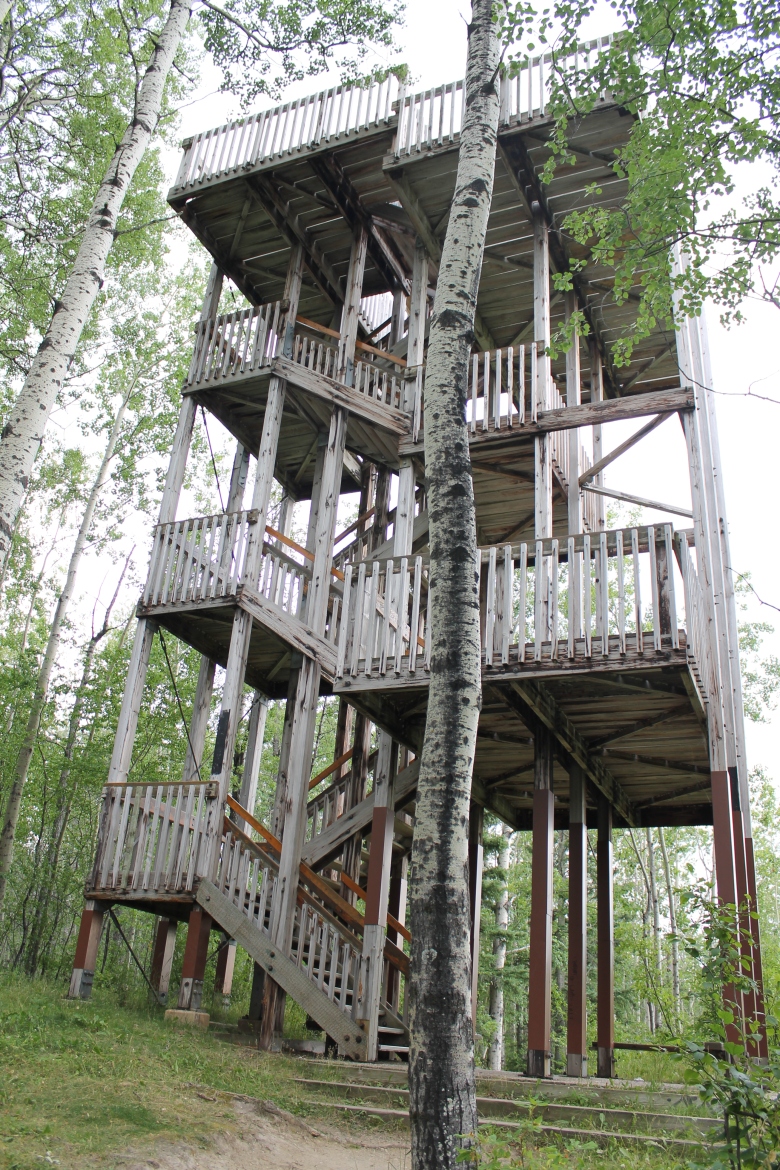 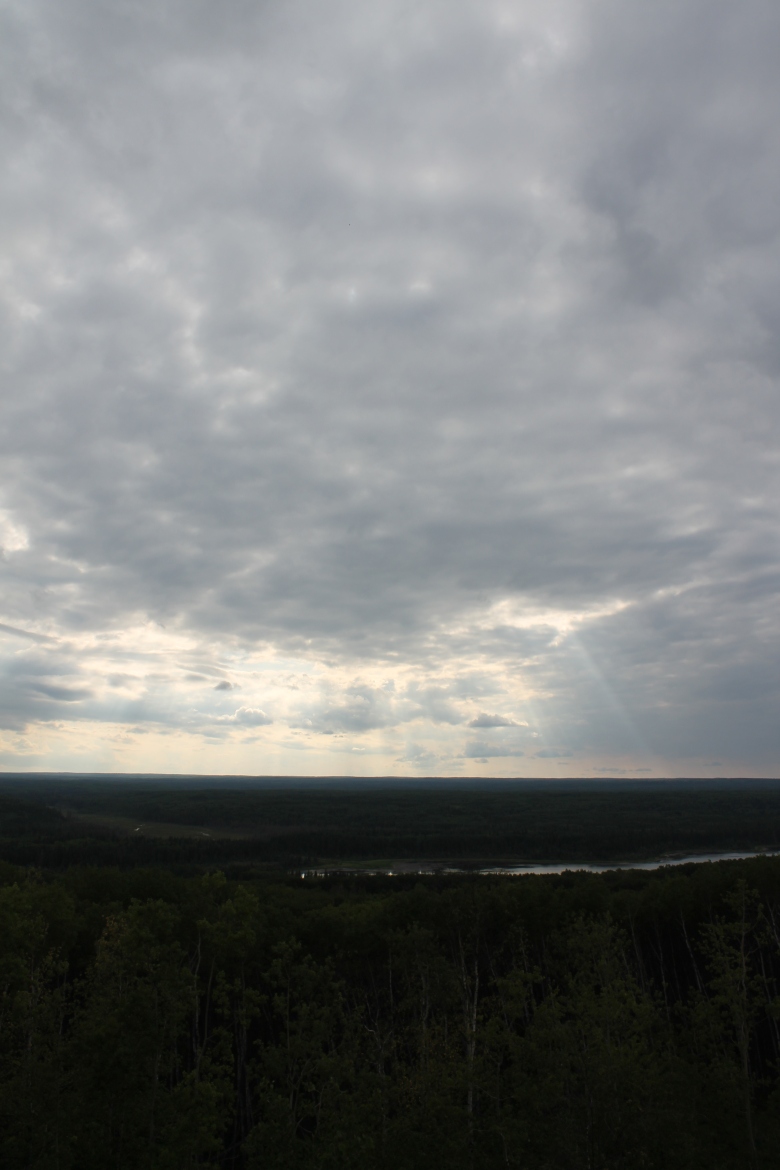 We had more time on the site than we normally would because the driving time was so short that day, so went back to the site and wrapped the corn in tinfoil with butter and salt and got the fire going. We enjoyed a few drinks by the fire, maybe a few too many because the fire took forever to get going, and the corn took even longer to cook! We devoured all 6 cobs when they were finally done, and they were absolutely delicious. Well earned food for hiker hunger.

Some campgrounds are neat because you don’t buy the firewood by the bag, you pay one price and use as much as you need. This was great because we sometimes left firewood behind, and sometimes we’d want more than one bag. We let the fire burn down a bit and decided to go for a walk. We were a bit rambunctious but everyone was, so we didn’t feel too bad. I think we got a bit lost, and we went for a longer walk than maybe we anticipated.

When we got back to our site, I stoked our fire a bit more and we cleaned up the site so we could crash. Christine decided to try to fit the ‘floti’ into her tent, and it fit, kind of. She thought she may give it a try to sleep on, and I fully supported this ridiculousness. 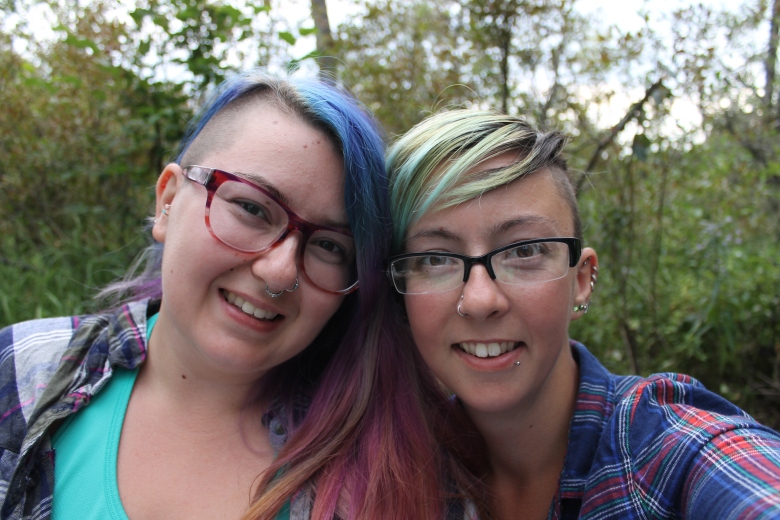 It was so warm that night. My tent was angled at the fire, so I left my tent fly open and watched it. This was one of many nights so far where I didn’t have cell reception. It’s different for me to be disconnected. I’m one of those people whose world lives in her phone. I have friends everywhere, some whom I’ve never met, and I connect with them through social media or IM. I’ve always considered that normal, because for me, it always has been. I like connecting with people who think similarly to me yet have completely different experiences from me. It makes the world feel smaller, makes my impact feel larger. So I missed the immediate connection, as well as the instant gratification of posting something and seeing my friends and family reply. It makes me feel less lonely, and I’ve spent a lot of time being completely alienated or disconnected.

But this didn’t feel like alienation, nor was it loneliness. Everyone who cared enough knew where I was (somewhere in Canada!). I didn’t have any obligations I was avoiding, I didn’t need to know what was happening at my work or anywhere else. I could just exist, completely unknown, in my tiny tent under the unreachable stars, staring into the fire and thinking about what it meant to be small, what it meant to be me, what it meant to be. 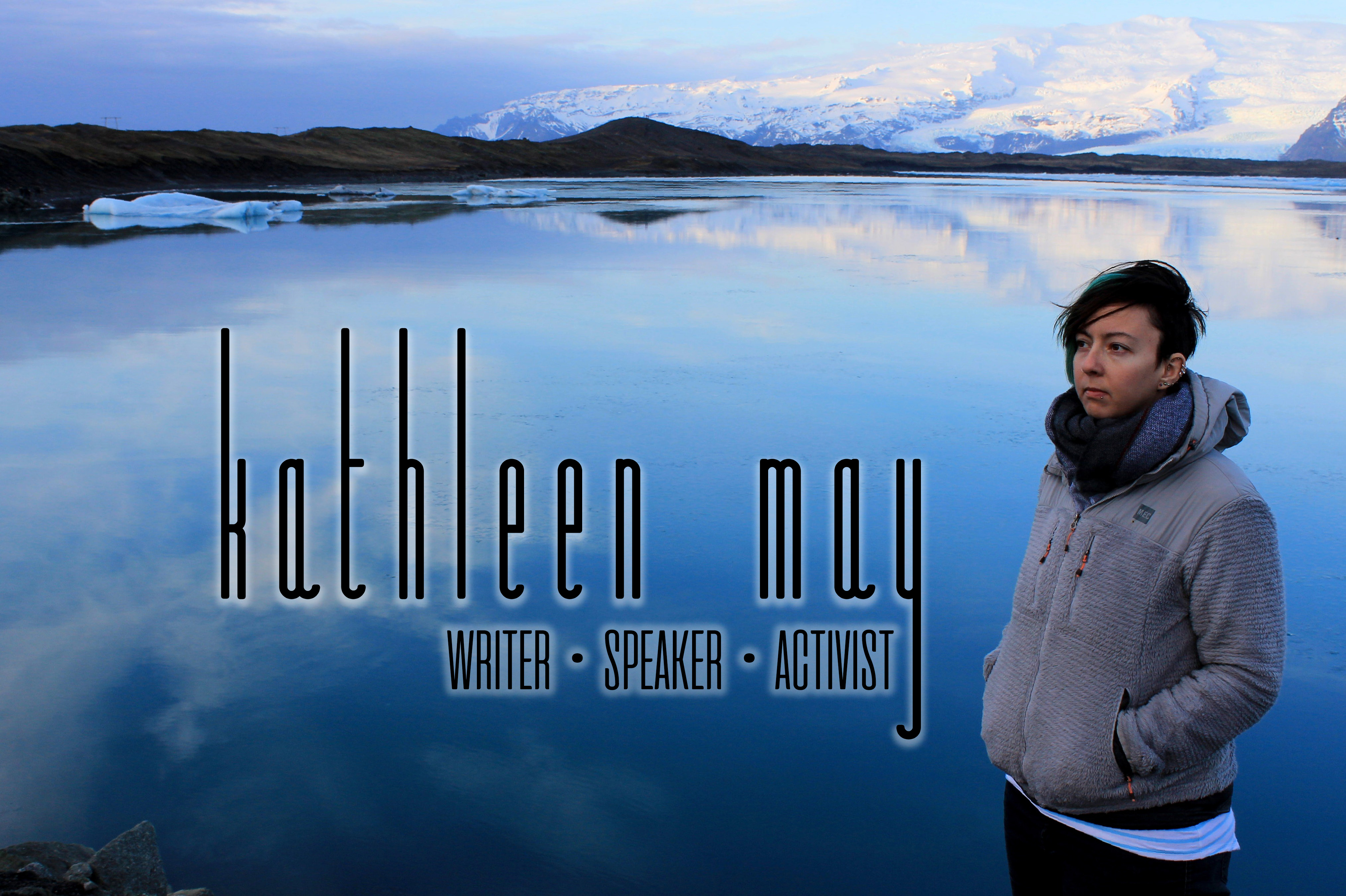