Kai felt very unwell when she woke up. We think we got sick on the plane on the way to Iceland. I was feeling it a bit too but it seemed delayed in me. We met up with Nina and she showed us around the farm. There were Icelandic horses, very short and solid creatures. There were sheep and goats, a fox, rabbits, and chickens. We decided to stay another night because it was so nice and fairly central. Nina gave us a list of places to visit in the area. Our intention was to drive the Golden Circle, a touristy route where you see three main sights: Geysir, the geyser from which the name is derived, Gulfoss (golden waterfall) and Þingvellir National Park, home of the first Icelandic parliament and the North American/Eurasian continental divide.

Our first stop, however, was Alafoss, a wool shop. We each bought a bunch of wool as souvenirs for our loved ones. And Kai bought me lava salt! After taste-testing maybe 7 salts, we settled on that one and she bought it. A perfect gift for me from Iceland!

We made another stop at a Bonus to get some road snacks and cold medicine. I went in alone, which was risky because I ended up buying a bunch of stuff including more chips. But their grocery stores don’t sell any kind of medicine so we went to a pharmacy. And they don’t have just a general multi-symptom cold medicine either so we ended up getting something for her cough and something else for the headache, and I got zinc tablets which I thought were lozenges. Oops. And nothing for her sinuses, which was the major issue. 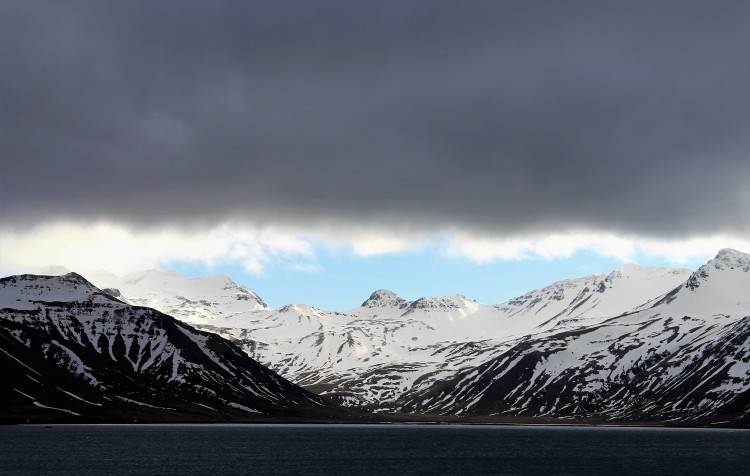 Along with gas, we finally got our gas station hot dogs! Everyone recommended this as a cheap and good way to eat in Iceland. But it was NOT cheap and they were not that good at all. Much cheaper to go to the grocery store! We didn’t drive for long when Kai pulled over, feeling very muddled due to her cold. We decided to catch a nap and get back to it. I actually slept as well, which is exceedingly rare. And when I woke her back up, she looked and felt much better! Thank goodness. We got back on the road and headed to Gulfoss. Gulfoss is an enormous waterfall, so beautiful, and COLD. The wind was very strong and picking up all the mist, so we were quite chilly and didn’t stay long to enjoy it.

Geysir was incredible too. There were maybe 5 geysers in the vicinity, each boiling away with steam rushing from the surface area. One of them was very active and overall I think we saw it gush five times, twice in rapid succession. I went to the gift shop and got some souvenirs. 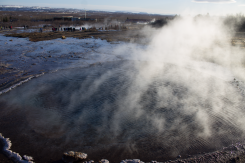 The last stop was Þingvellir National Park. We drove for a while and then had to turn sharply around to access the park, and we saw the most beautiful sight. The perfectly full moon, low over the mountains in a purple sky. It made my heart stop! I got out the car before Kai even parked and ran to take photos and enjoy it. We spent a lot of time there, watching the moon rise and the sun set on opposite ends of the park. We walked in the chasm of the continental divide and felt like we were a part of geological history.

At last we drove back to the farm, battling the GPS a bit. Kai made us grilled cheese and we devoured that and planned the next day, which would take us west to the Snæfellsnes Peninsula. We booked a hotel room in Arnarstapi at a good price. I decided that since it was such a clear, cold night, I would go outside and see if I could see the Northern Lights. I think I did see some floating white lights but nothing very distinct – the moon was so bright it fairly drowned out any possibility of seeing the lights properly. It was nice to be out alone so late; it reminded me of my walks at home.

When I got back in, Kai was coughing badly. There are other guests in the AirBnb and we feel a little bad for being noisy with our colds but it couldn’t be helped. And in addition to the cold, I got my period that day. Luckily, unlike some of my hikes, I actually prepared and brought my menstrual cup and cloth pads.