We woke up early enough to get on the road by 8:05am. We had a ferry to catch – we were finally going to Newfoundland! – and we needed to be there two hours early. The drive was easy and we made it in plenty of time, stopping only to fill the gas tank. Lining up for ferries was becoming normal in our world, and it’s kind of fun to be in the ferry line community. Kind of like RV village – you may not be there for the same reason, but you’re still in it together.

It was an easy load onto the ferry and we took some time to pack up our backpacks because we’d be on the ship for about seven hours, and we wouldn’t be able to access the car during this time. 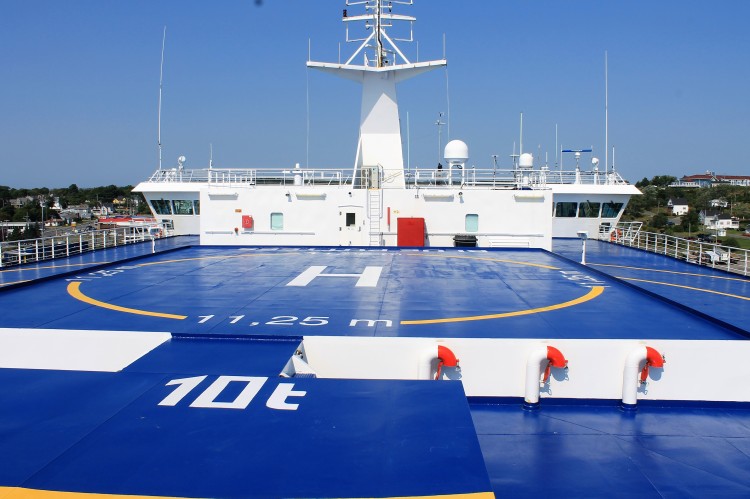 We got some great seats, looking backwards over the water as we began to cross the Atlantic Ocean. We were right against the window, so we could see a lot and had good foot room. We weren’t going to stay put for the entire ferry, but we wanted a bit of a home base. We decided to explore and found our way up, down, and around the massive vessel. We spent time outside but for the beginning of the journey, a lot of the outdoor seating was taken, so we moseyed back down to our chairs and did some reading and writing.

I worked on the interview questions I’d been sent for the job posting. I took my time with them, since I had time to take. The trip was making me reconsider what I wanted to do with my life, but I knew that I wanted to be in a position to support and counsel women. It’s what I’m most skilled at and it’s one of the only jobs where I know I would love my work. Christine took a nap in the seat while I worked away.

After some time, I woke my sister up so we could have an early dinner. We ate at the ferry restaurant because it’s just one of those things, like the room service, where we just wanted to experience it. The food was delicious – but I definitely felt a little nauseated before we sat down to eat. I think it was the combination of being on the water and typing on my computer screen. I wasn’t sure I’d be able to eat, but actually I became ravenous as soon as the food was placed in front of me.

Christine and I continued to wander outside the ship to look at the water. She desperately wanted to see a whale, and I did too, but not quite with her fervour. We didn’t see any – except in the very first portion of the trip when it looked like something almost surfaced and then went back down below. But we couldn’t make out if it had actually been a whale. 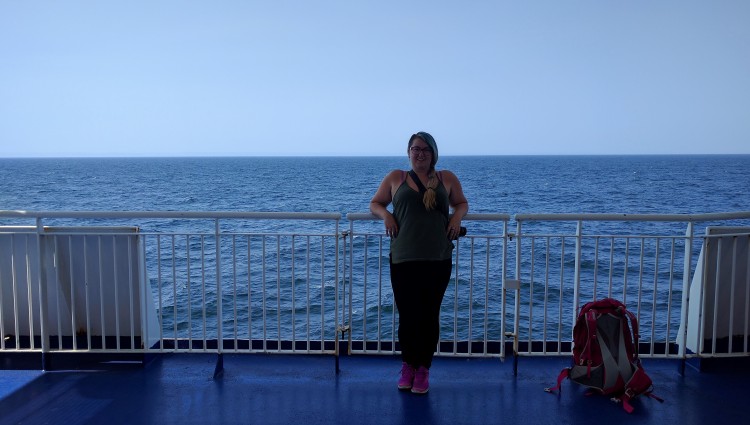 The ferry trip actually went by very quickly. It was nice to have time together where neither of us were driving but we were still going somewhere. With a bit more reading and exploring, and taking a very noisy video on the bow of the ship, our time on the high seas passed and we packed back up and made our way down to the car once more. 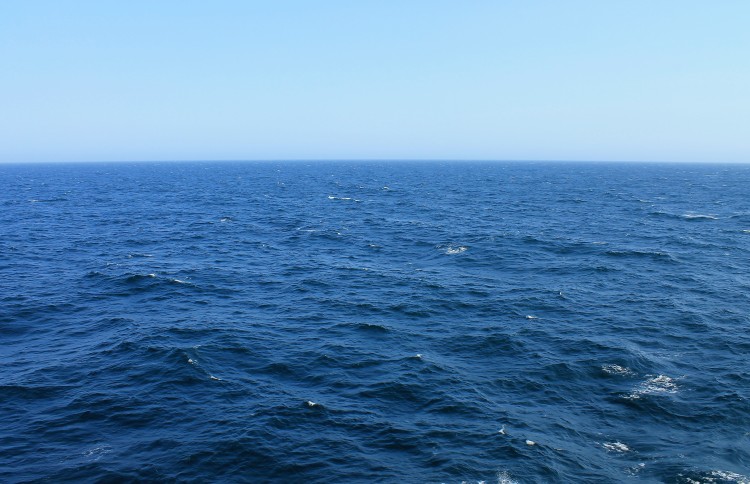 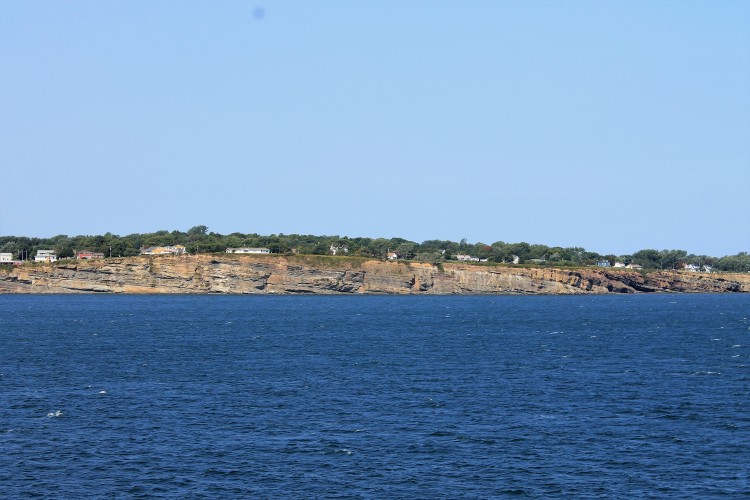 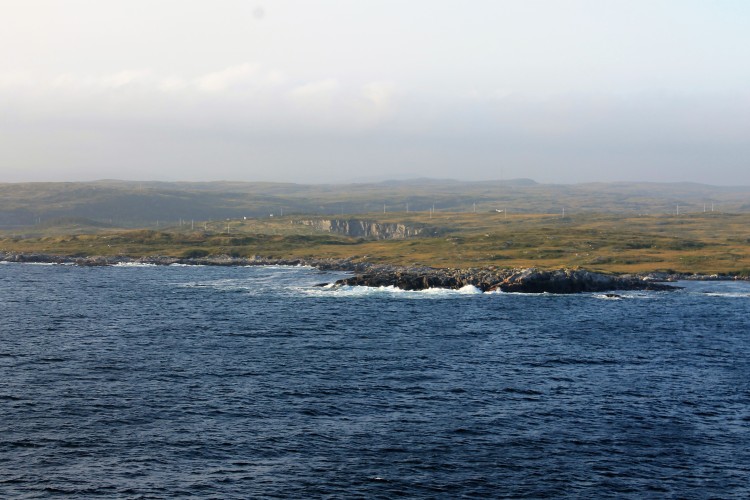 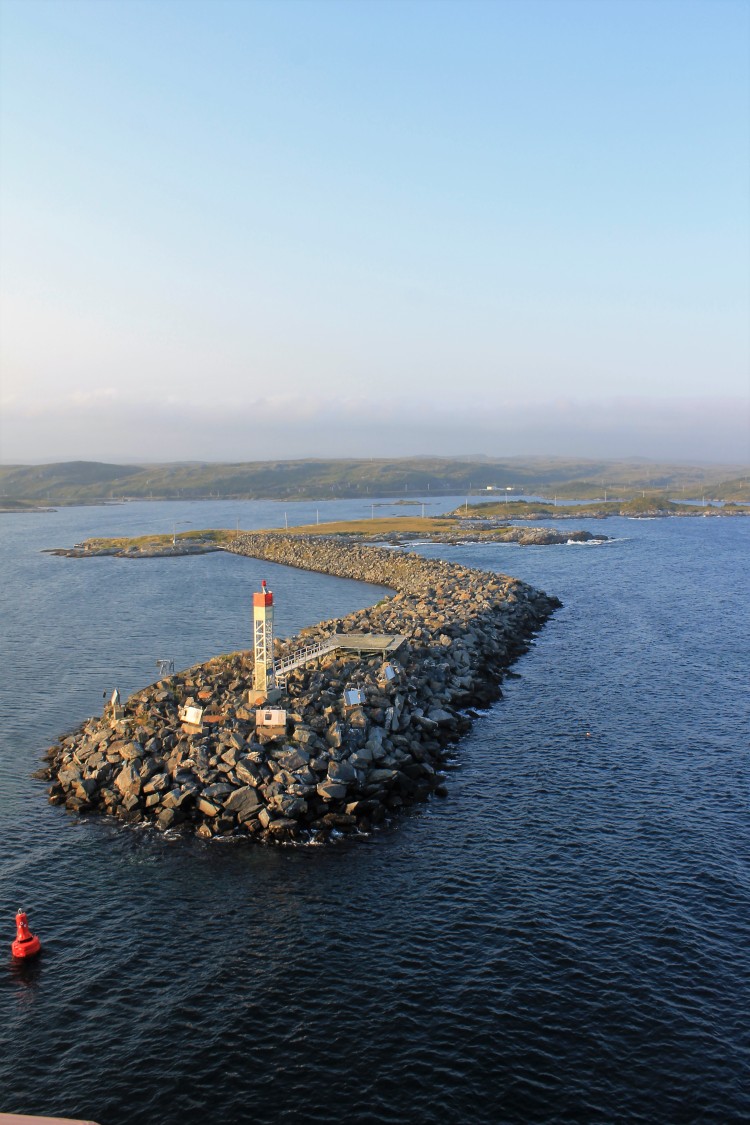 Landing on Newfoundland felt amazing! It’s the dream of many Canadians to visit there, and I felt very honoured. The ferry is expensive – about $207 for two passengers and a vehicle – and it’s quite a drive to get to the ferry departure, so it’s not something many Canadians can manage. But Newfoundland, perhaps even more than Vancouver Island, was an absolute must on our journey.

The drive in was beautiful – there weren’t a lot of trees but rolling hills and low, jutting cliffs. All the provinces are so very different and this was no exception. We stopped at the information building and spoke to the woman there about the Trans Labrador highway. Until that point, we had made peace with the decision not to take the Labrador route. (Initially, our intention had been to take a small ferry across northwest NFLD at Blanc Sablon, crossing briefly into Quebec back on the mainland and then driving through Labrador. But our research forced us to conclude that we weren’t prepared to risk the several thousand kilometres, many on deeply rutted gravel roads, in a low Honda Fit). The woman explained that the road was in better condition than we’d been told, and that fall is a good time to travel it because they maintain the roads better and it’s a long way since the spring thaw.

We had some feelings approaching regret, and talked briefly about reconsidering, but we’d made plans to stop at certain places on our way back through Nova Scotia, New Brunswick, and parts of Quebec – all of which we would miss if we decided to go through Labrador. We were overall happy with our decision and put the new knowledge behind us.

It was quite dark by the time we made it to a gas station so Christine could use the facilities. I got my moccasins wet tromping through a dark parking lot in order to get beautiful photos of the deeply red full moon (worth it). 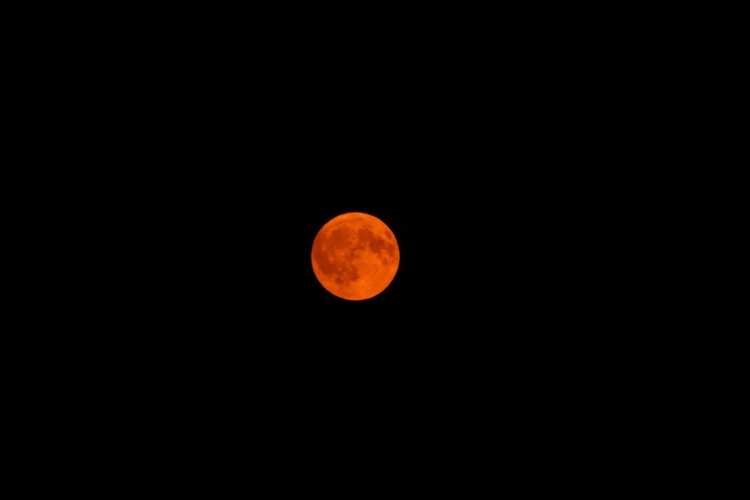 The drive in the dark was nice and uneventful, the roads weren’t really well-lit but there wasn’t a lot to watch out for. There weren’t many towns on the way from the ferry arrival at Port Aux Basques, not many roads connecting with the main highway, and not even signs to distract us. We were keeping our eyes out for moose, which apparently outnumber people in Newfoundland, but we didn’t see any. Which is a good thing, because hitting one would have been akin to hitting a transport truck.

The Corner Brook wal-mart was our stop for the night. We used the bathroom at Tim Horton’s before choosing a spot under a lamppost to park for the night. We struggled to get to sleep because the wind was really blasting, actually rocking the car a little bit. It was well after one in the morning when we both finally fell asleep.